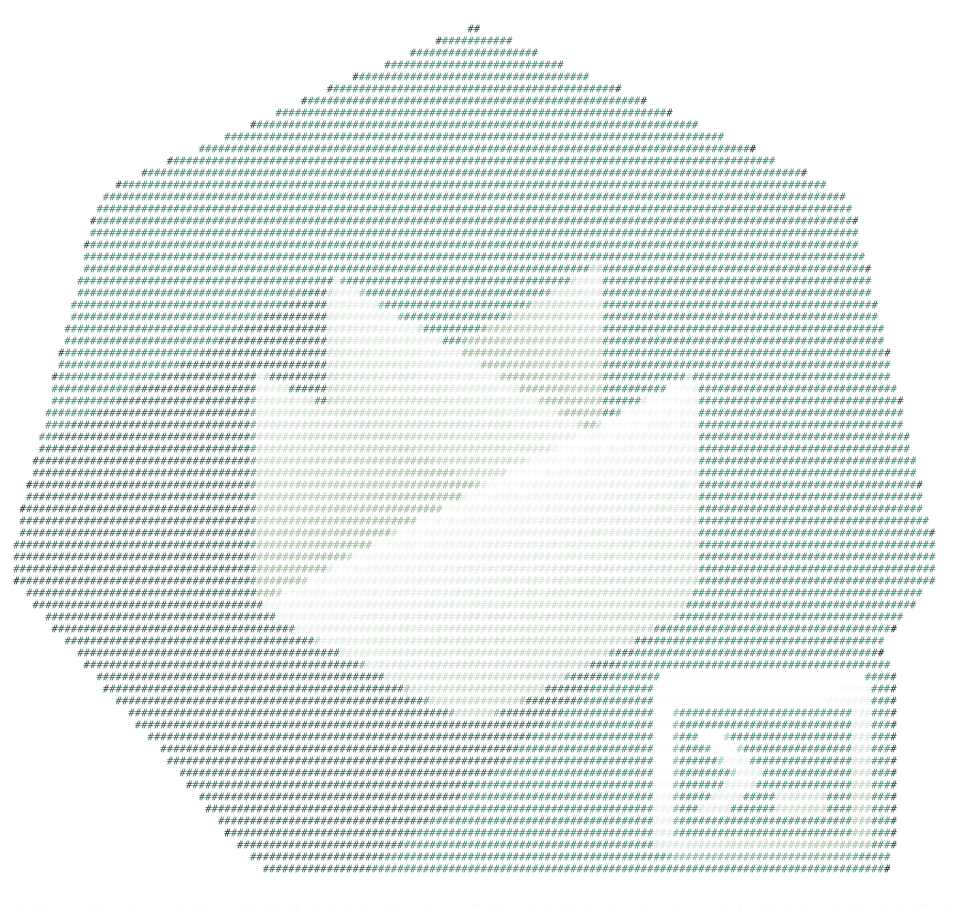 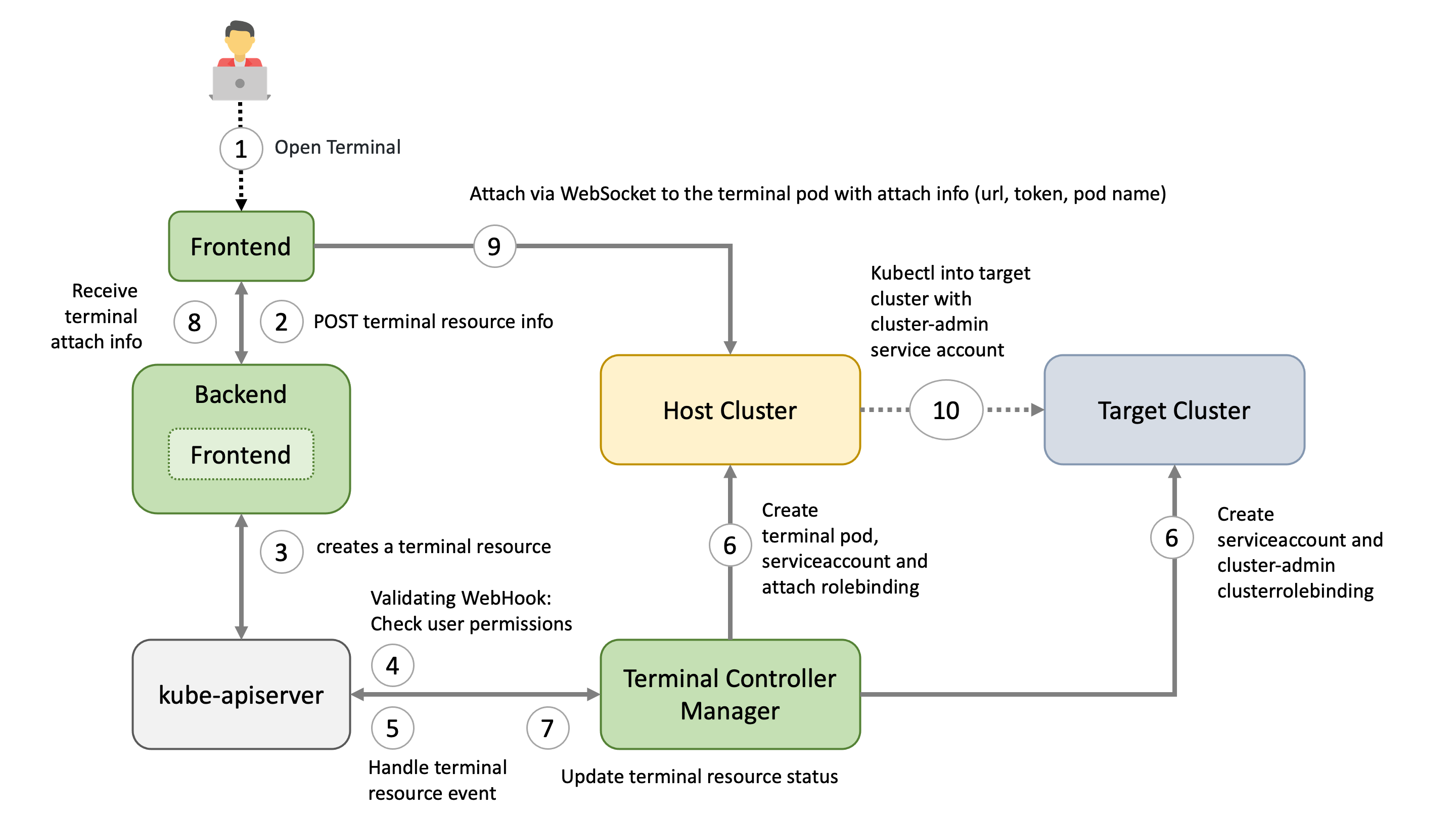 We want to give garden operators and “regular” users of the Gardener dashboard an easy way to have a preconfigured shell directly in the browser.

This has several advantages:

On the host cluster, we schedule a pod to which the dashboard frontend client attaches to (similar to kubectl attach). Usually the ops-toolbelt image is used, containing all relevant tools like kubectl. The Pod has a kubeconfig secret mounted with the necessary privileges for the target cluster - usually cluster-admin.

There are currently three targets, where a user can open a terminal session to:

There are different factors on where the host cluster (and namespace) is chosen by the dashboard:

For example, the user wants to have a terminal for a shoot cluster. The kube-apiserver of the shoot is running in the seed-shoot-ns on the seed.

Lifecycle of a Web Terminal Session

User chooses the target and clicks in the browser on Open terminal button. A POST request is made to the dashboard backend to request a new terminal session.

According to the privileges of the user (operator / enduser) and the selected target, the dashboard backend creates a terminal resource on behalf of the user in the (virtual) garden and responds with a handle to the terminal session.

The frontend makes another POST request to the dashboard backend to fetch the terminal session. The Backend waits until the terminal resource is in a “ready” state (timeout 10s) before sending a response to the frontend. More to that later.

A validating webhook is in place to ensure that the user, that created the terminal resource, has the permission to read the referenced credentials. There is also a mutating webhook in place. Both admission configurations have failurePolicy: Fail.

Sidenote: The terminal-controller-manager has no knowledge about the gardener, its shoots, and seeds. In that sense it can be considered as independent from the gardener.

The terminal-controller-manager then creates the necessary resources in the host and target cluster.

As mentioned in step 3, the dashboard backend waits until the terminal resource is “ready”. It then reads the “attach” token from the host cluster on behalf of the user. It responds with:

Dashboard frontend attaches to the pod located on the host cluster by opening a WebSocket connection using the provided parameter and credentials. As long as the terminal window is open, the dashboard regularly annotates the terminal resource (heartbeat) to keep it alive.

There is an issue on the gardener component, to have browser trusted certificates for shoot kube-apiservers using SNI and certmanager. However, this would solve the issue for shoots and shooted-seeds, but not for soil and plant kube-apiservers and potentially others.

We had to “workaround” it by creating ingress resources for the kube-apiservers and letting the certmanager (or the new shoot cert service) request browser trusted certificates.