Official Definition - What is Kubernetes?

“Kubernetes is an open-source system for automating deployment, scaling, and management of containerized applications.”

Setting The Scene - Components and Procedure

We provide a central operator UI, which we call the “Gardener Dashboard”. It talks to a dedicated cluster, which we call the “Garden” cluster and uses custom resources managed by an aggregated API server, one of the general extension concepts of Kubernetes) to represent “shoot” clusters. In this “Garden” cluster runs the “Gardener”, which is basically a Kubernetes controller that watches the custom resources and acts upon them, i.e. creates, updates/modifies, or deletes “shoot” clusters. The creation follows basically these steps: 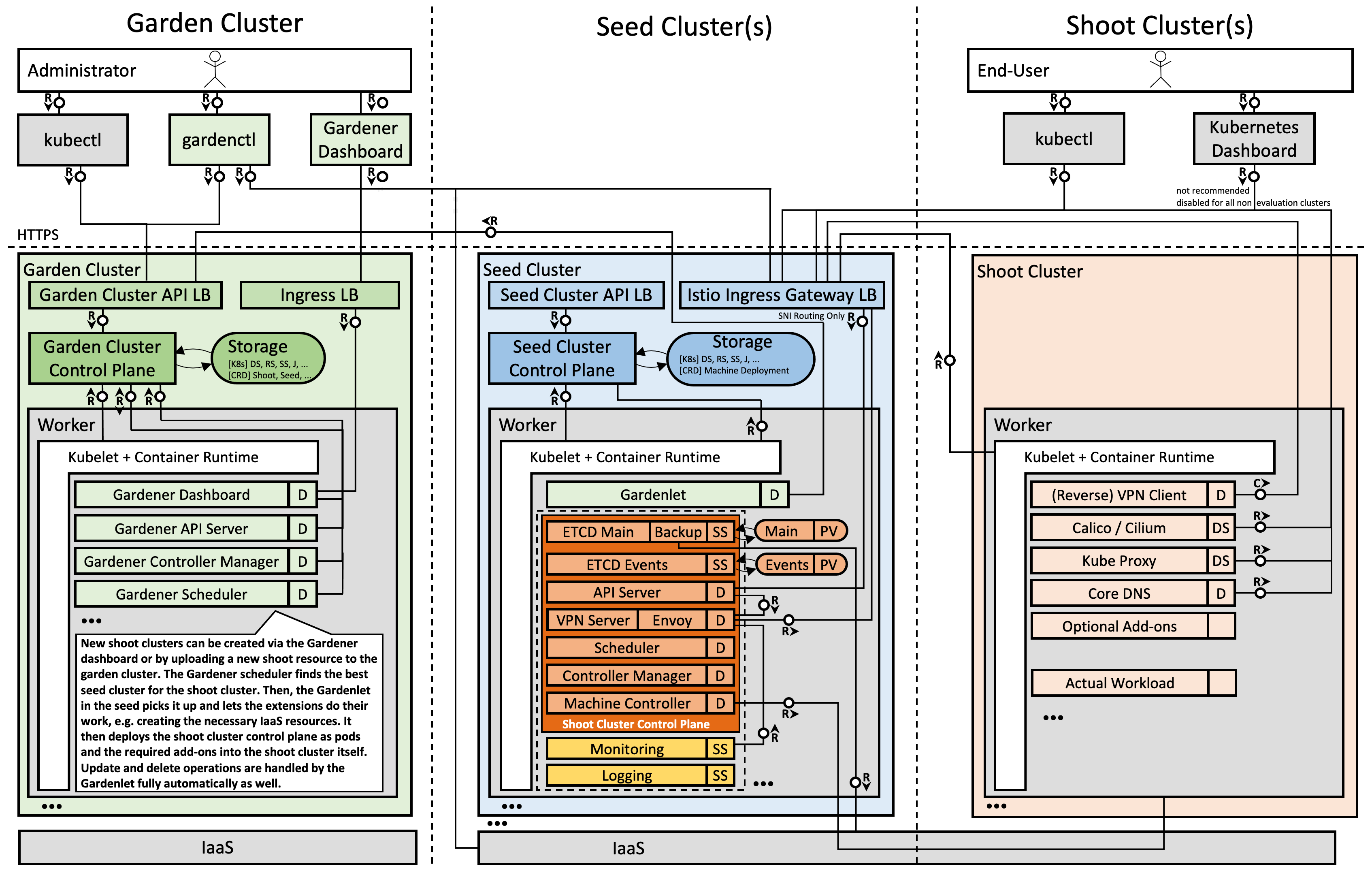 Note: The kubelet as well as the pods inside the “shoot” cluster talk through the front-door (load balancer IP; public Internet) to its “shoot” cluster API server running in the “seed” cluster. The reverse communication from the API server to the pod, service, and node networks happens through a VPN connection that we deploy into “seed” and “shoot” clusters.