Currently moving the control plane of a shoot cluster can only be done manually and requires deep knowledge of how exactly to transfer the resources and state from one seed to another. This can make it slow and prone to errors.

Automatic migration can be very useful in a couple of scenarios:

Resources and controller state which have to be migrated between two seeds:

Note: The following lists are just FYI and are meant to show the current resources which need to be moved to the Destination Seed

Gardener has preconfigured lists of needed secrets which are generated when a shoot is created and deployed in the seed. Following is a minimum set of secrets which must be migrated to the Destination Seed. Other secrets can be regenerated from them.

Gardenlet deploys custom resources in the Source Seed cluster during shoot reconciliation which are reconciled by extension controllers. The state of these controllers and any additional resources they create is independent of the gardenlet and must also be migrated to the Destination Seed. Following is a list of custom resources, and the state which is generated by them that has to be migrated.

Custom Resource on the garden cluster

The Garden cluster has a new Custom Resource which is stored in the project namespace of the Shoot called ShootState. It contains all the required data described above so that the control plane can be recreated on the Destination Seed.

This data is separated into two sections. The first is generated by the gardenlet and then either used to generate new resources (e.g secrets) or is directly deployed to the Shoot’s control plane on the Destination Seed.

The second is generated by the extension controllers in the seed.

The state data is saved as a runtime.RawExtension type, which can be encoded/decoded by the corresponding extension controller.

There can be sensitive data in the ShootState which has to be hidden from the end-users. Hence, it will be recommended to provide an etcd encryption configuration to the Gardener API server in order to encrypt the ShootState resource.

There are limits on the size of the request bodies sent to the kubernetes API server when creating or updating resources: by default ETCD can only accept request bodies which do not exceed 1.5 MiB (this can be configured with the --max-request-bytes flag); the kubernetes API Server has a request body limit of 3 MiB which cannot be set from the outside (with a command line flag); the gRPC configuration used by the API server to talk to ETCD has a limit of 2 MiB per request body which cannot be configured from the outside; and watch requests have a 16 MiB limit on the buffer used to stream resources.

This means that if ShootState is bigger than 1.5 MiB, the ETCD max request bytes will have to be increased. However, there is still an upper limit of 2 MiB imposed by the gRPC configuration.

If ShootState exceeds this size limitation it must make use of configmap/secret references to store the state of extension controllers. This is an implementation detail of Gardener and can be done at a later time if necessary as extensions will not be affected.

Splitting the ShootState into multiple resources could have a positive benefit on performance as the Gardener API Server and Gardener Controller Manager would handle multiple small resources instead of one big resource.

All extension controllers which require state migration must save their state in a new status.state field and act on an annotation gardener.cloud/operation=restore in the respective Custom Resources which should trigger a restoration operation instead of reconciliation. A restoration operation means that the extension has to restore its state in the Shoot’s namespace on the Destination Seed from the status.state field.

As an example: the Infrastructure resource must save the terraform state.

Extensions which do not require state migration should set status.state=nil in their Custom Resources and trigger a normal reconciliation operation if the CR contains the core.gardener.cloud/operation=restore annotation.

Similar to the contract for the reconcile operation, the extension controller has to remove the restore annotation after the restoration operation has finished.

An additional annotation gardener.cloud/operation=migrate is added to the Custom Resources. It is used to tell the extension controllers in the Source Seed that they must stop reconciling resources (in case they are requeued due to errors) and should perform cleanup activities in the Shoot’s control plane. These cleanup activities involve removing the finalizers on Custom Resources and deleting them without actually deleting any infrastructure resources.

Note: The same size limitations from the previous section are relevant here as well.

The only data which must be stored in the ShootState by the gardenlet is secrets (e.g ca for the API server). Therefore the botanist.DeploySecrets step is changed. It is split into two functions which take a list of secrets that have to be generated.

The ShootState synchronization controller will become part of the gardenlet. It syncs the state of extension custom resources from the shoot namespace to the garden cluster and updates the corresponding spec.extension.state field in the ShootState resource. The controller can watch Custom Resources used by the extensions and update the ShootState only when changes occur. 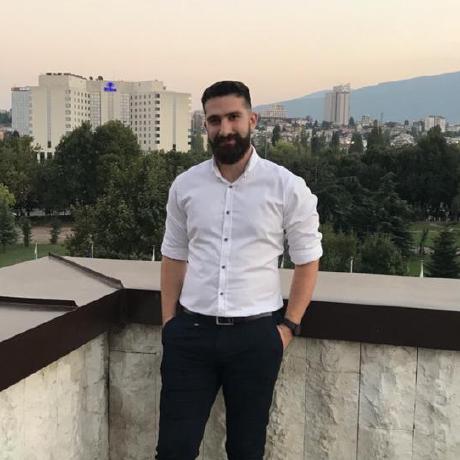